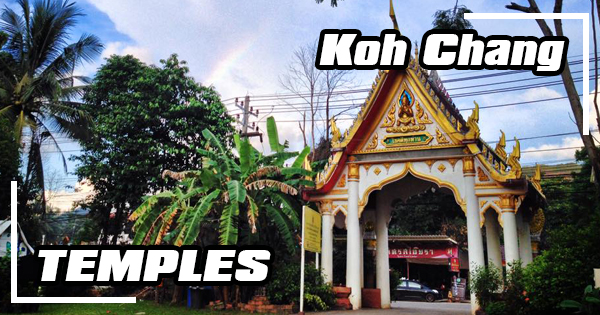 Religion is very important for Thai people. Each Thai person must live as a monk in a monastery for a time span of at least three months once in their life for the contemplation god.

Temples are places that must be respected even if you don't have the same religion and beliefs. Most Thai people living on Koh Chang are Buddhist and they often go to the temples to pray, to make merits and donations like flowers, food and money.

- Wat Salak Phet as you can guess from its name is located in Salak Phet, on the south-east of the island.
It's the most beautiful Buddhist temple on the island. The visit inside the temple is free during the rainy season but it's 20 baht during the high season and it really worth it.
The outside has free access and there are lots of beautiful mythological statues. Inside the temple is just amazing, there is a big Buddha statue surrounded by stunning paintings illustrating images of the Ramayana. The frescoes show Buddha's life and window shutters inlaid pieces of seashells drawing beautiful mosaic pictures. 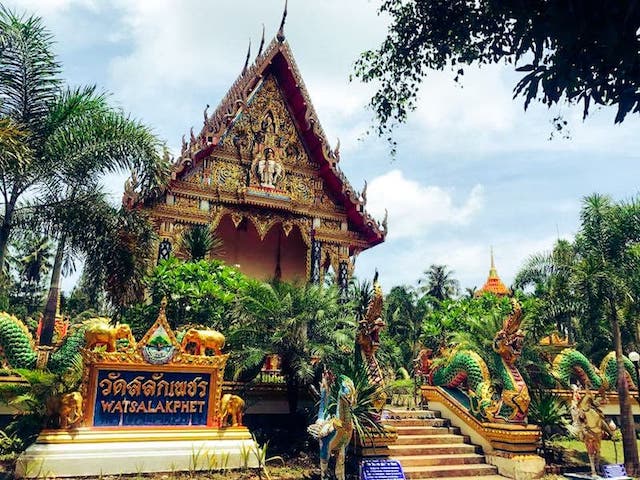 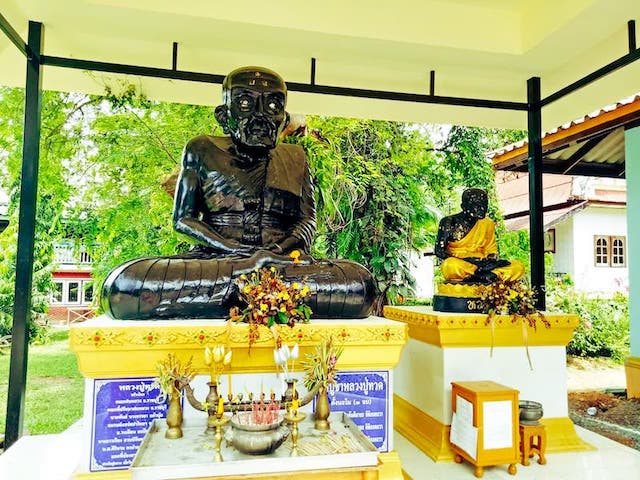 - Chao Por is more known as the Chinese Temple but it's not an official temple, it's a shrine. It's located on the northwest of the island, just near the main road, between Klong Son village and Aow Thammachet ferry pier. You may not notice it like it's on a hilltop, higher than the road but you will listen to the drivers horning 3 times to greet the spirits.
Inside the main building stands a statue of Koh Chang Godfather. 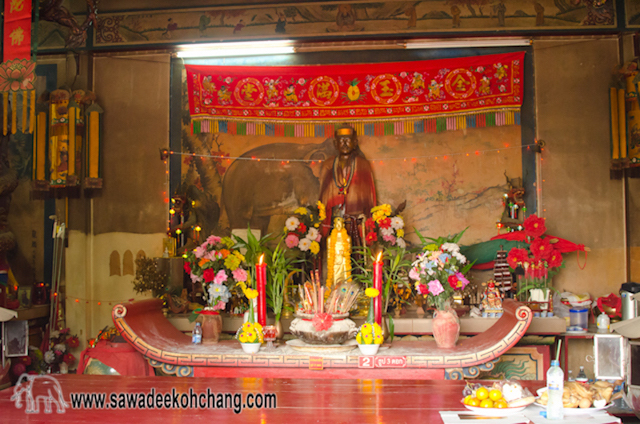 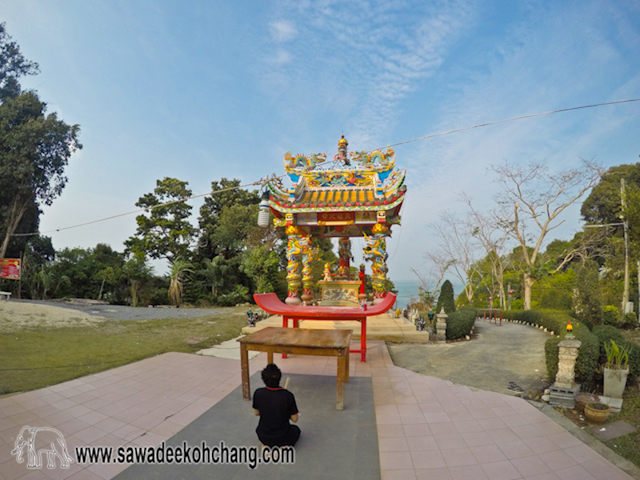 - Wat Klong Prao is located in Klong Prao village, on the main road. This one, you cannot miss it. The entrance is free, and all visitors are welcome. There are lots of religious statues, the monks are living here and you can see them in their daily activities. It's the only temple which is selling religious bracelets, necklaces and other small items.
Check the calendar or ask locals, there are some happenings, especially in the evening and even if you are not Buddhist, you can go and enjoy the festivities.

- Wat Bang Bao is located southwest of the island, in Bang Bao village, just nearby Bangbao school. It's not as beautiful as Wat Klong Prao or Wat Salak Phet. You will notice the crematorium which is close to the road and Buddhist stupas (a dome-shaped structure erected as a Buddhist shrine). 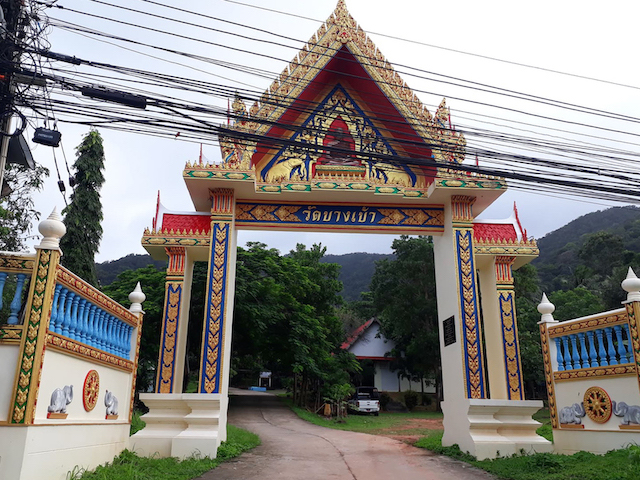 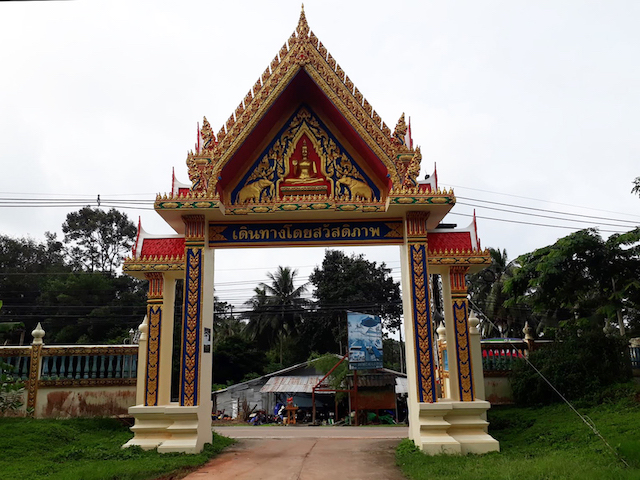 - Wat Rong Than is located in Salak Phet and it's still under construction. This temple should be finished around 2022 but in Thailand, you never know, it can be ready before or later.
On this temple, there will be the biggest Buddha statue in the east of Thailand which will be seen from all Salak Phet bay. 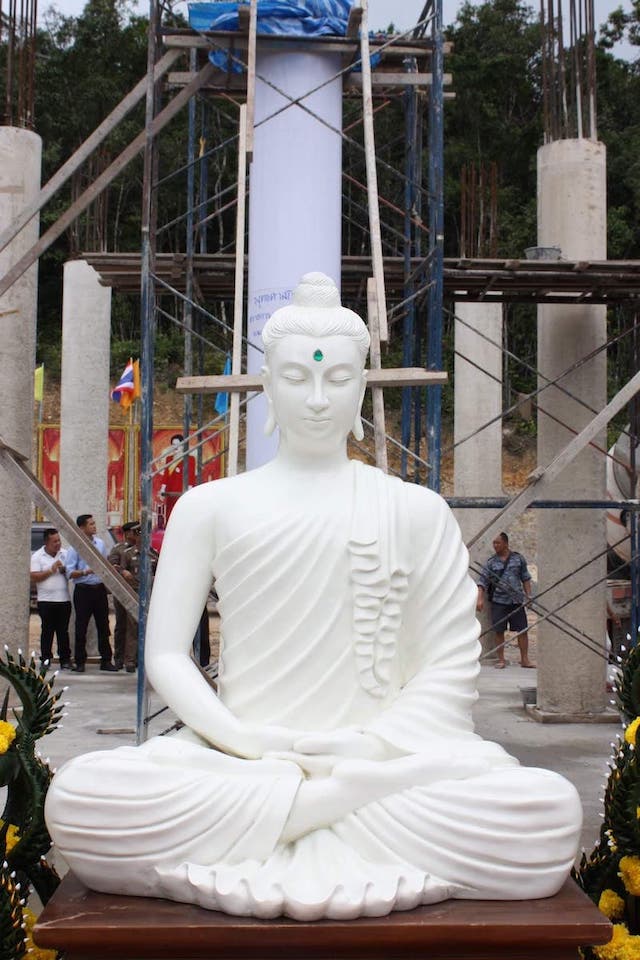